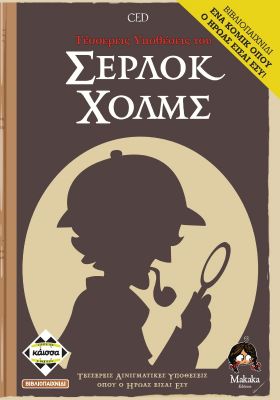 Tracks to follow, suspects to question, hints to take up, make the right choices because the hero is you!

Sherlock Holmes: Four Investigations is a comic combined with a game, one title in a series subtitled \"The comic in which you are the hero\". You embody a character in a immersive story in which your choices guide your progress. You have a character sheet akin to those used in role-playing games that tracks your possessions, your special abilities, your coins, and your victory points. In general, gameplay consists in following the comic's panels — which contain clues, riddles and traps — and making choices about where to go and what to do, while using your visual perception to collect clues and be smart enough to resolve the riddles. As in any game, you can lose — sometimes really badly!